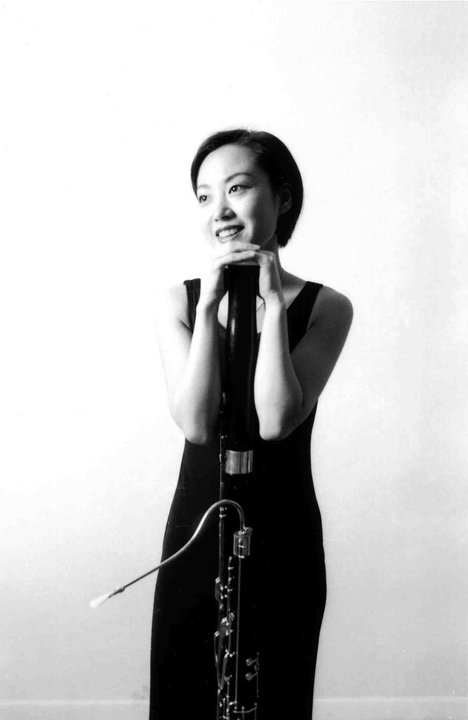 Cecily began playing the bassoon at age ten in her native country of Korea. She quickly become an important woodwind performer in Korea. She was the valedictorian of her class at the Seoul National University and received both the Professional Studies and Masters degrees from the Mannes College of Music in the United States. Mrs. Sher has performed in both Carnegie and Merkin Halls, with New York Sinfonietta, and was the chosen winner of a Young Artists Competition in New York in 1999.

Cecily: “The Mozart Bassoon Concerto is by far the most important concerto written for my instrument. Like with his concertos for other instruments, it is extremely difficult because of the transparency of the style. If you make a mistake, everyone knows it! Many more modern composers have taken on writing for bassoon, but often those pieces are less familiar and in that sense are perhaps easier from a performer’s standpoint. The Mozart is a work of a genius and I think special in that unlike the piano or violin, he didn’t play the bassoon with any noted proficiency. But he wrote it with such a deep understanding of the instrument, which also makes it a joy to play.”

Anderson Symphony: As a classical musician, what type of music do you enjoy?

Cecily: “It may be surprising, but I don’t listen to classical music that much when I’m home. I play it so much, I like to have variety. Often I will listen to jazz vocalists like Liane Folyor Billie Holliday and I also enjoy K-Pop, the popular pop music from Korea.”

Anderson Symphony: It’s clear that you’ve grown up playing bassoon, can you tell us more about a defining moment that shaped your career?

Cecily: “When I was 11 years old I entered a competition in my home city of Seoul. I was extremely young as there were no other bassoon players of my age. I ended up winning, in the process beating out a number of competitors who were closer to 20 years of age. I think that allowed me to understand that I had talent and could be successful with the bassoon.”

Anderson Symphony: It’s common that musicians become connected to music through their family. Can you tell us about your own home and the role music plays?

Cecily: “I’ve always been connected to my family through music. When I was growing up in Korea, I was surrounded by the sounds of my older sisters who were both musicians. My son played piano at an early age though he’s exploring other interests now, but I have performed with my husband who plays viola. My husband and I met through music. Music is such an important part of our family I can’t imagine life without it.”

We hope you will join the Anderson Symphony Orchestra on February 25th at 7:30 (Paramount Theatre) to hear Cecily and Mozart’s Bassoon Concerto. Tickets are available from $18-$35 and there are student tickets for $5. You can purchase here  or call 765.644.2111. Prior to the concert the ASO will host a signature Chocolate and Wine Tasting from 5-7 at the Sandlin Agency. Learn more.