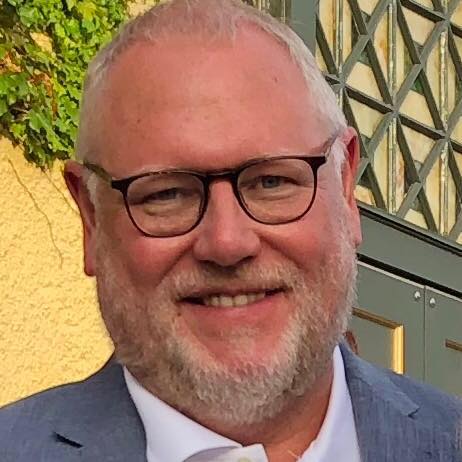 Richard Sowers has served as music director and conductor of the Anderson Symphony Orchestra since 1989. During his years of leadership, the ASO has seen significant growth artistically and continues to provide innovative programming to serve the diverse audience of Anderson and surrounding communities. His tenure has seen the first PBS televised broadcasts, many concert broadcasts by Indiana Public Radio, and the creation of the Halloween and family concerts. Sowers has led concerts for the youth of Wabash and Huntington counties at the Honeywell Center, in addition to the Symphony for Kids concerts for Madison County fifth graders.

Sowers has achieved national and international recognition with performances and guest conducting throughout the United States and Europe. Sowers served for eight years on the staff of the Conductor’s Retreat at Medomak, a seventeen-day retreat for professional conductors from all around the globe held near Camden, Maine each summer. Born in Pittsburgh, Pennsylvania, and raised in Las Vegas, Nevada and Richmond, Indiana, Sowers received his undergraduate music degree from the Indiana University School of Music where he was a four-year scholarship recipient. He was granted his Master of Music in Conducting from Colorado State University, and in 1993, was chosen as that school’s outstanding music alumnus. Sowers earned the Doctor of Musical Arts in Conducting at Arizona State University.

Richard Sowers makes his home in Anderson, IN with his wife, Nancy, a CPA. They have three grown children and five grandchildren.