Journey to the East with “The Chairman Dances” from John Adam’s Nixon in China and the Crouching Tiger, Hidden Dragon Concerto by the Academy Award winning composer Tan Dun, featuring cellist Andre Gaskins.  Our evening will conclude with Stravinsky’s Firebird Suite. 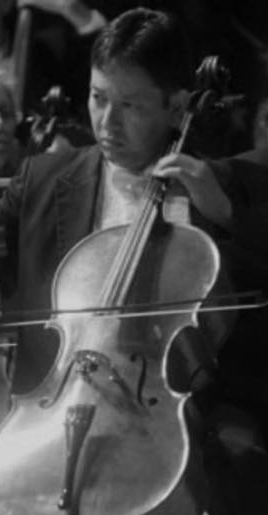 Maintaining an active schedule as a performing cellist, his recording of Martinu’s ‘Concertino’ for the Summit Records label was nominated for the 2004 Grammy Awards, in the category of ‘Best Performance by a small ensemble (with or without conductor)’.

While pursuing doctoral studies at Indiana University, he served as the teaching assistant to world-renowned cellist, Janos Starker. He also studied conducting with David Effron and composition with David Dzubay.

An aspiring film composer, Mr. Gaskins has composed and performed original music for short films, documentaries and commercials. His music has been heard in commercials produced for American Express, Valspar and Chevrolet.

An active and dedicated teacher, Mr. Gaskins currently teaches at DePauw University. He has been a faculty member of the Schwob School of Music at Columbus State University, the University of Wisconsin Oshkosh, Eastern Illinois University, Earlham College and the Brevard Music Center.

In February of 2012, Mr. Gaskins made his Carnegie Hall debut, performing in Weill Recital Hall.